We at Moringa Science Publishing care about the persistence and authenticity of our publications. Why, do you ask, does that make us different? 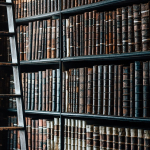 Many publishers publish and forget. Persistence and authenticity is the job of archives, they seem ot think. Image CC-0 via pixabay.com/en/bookshelf-old-library-old-books-1082309/

Traditionally, many publishers did and still do not see that as being their obligation – Why do we have libraries with their archives? – they seem to think. Unfortunately, things really got complicated with the onset of internet publishing, when big science publishers moved to subscription based publishing where the very same libraries lose all access to content if they stop paying.

Open Access is one part of the solution. The right to keep a copy of the article and re-publish it under the same license is key to keep it accessible for the future. But how can we make sure that the article and all included assets like program code or data has not been tampered with over time? On paper you can see if someone tried to erase typing or print over it, but computational data is easy to change without providing any trace whatsoever of any changes.

Blockchain provides us with authenticity

The solution to this is a new technology, that is well known in a different context: Blockchain. 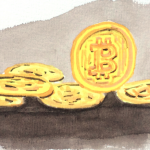 Blockchain is the database technology that drives bitcoin.

A Blockchain is the basic ingredient in all new so called cryptocurrencies, where it provides the tamper-proof distributed ledger that contains the amounts of crypto-money owned by each individual participant of the cryptocurrency. Bitcoin, Litecoin, Ethereum – they all are based on blockchain database technology.

Instead of storing money on the blockchain, we at Moringa Science Publishing store the cryptographic fingerprint of our publications on it, thus providing a tamper proof track record of every one of our published items – not only the article, but also the included data and other assets. That means that our authors (and reviewers) can prove what the have published and when it was published. Anytime.

Well, at least as long as the blockchain does exists. Nothing is forever in this world. Still, we promise to do our best.

Do You Want To Learn More About Blockchain?

If you want to read more about Blockchain technology and how it works, have a look this short Introduction: What Is A Blockchain?